“The Best of FSG” at Casselberry Art House 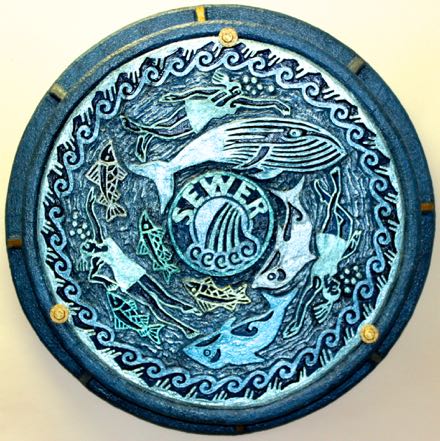 The original gray iron sewer cover, “Water Ring,” was designed by Puget Sound-based artist Betsy Best-Spadaro in 2001. It depicts women, fish, orcas and a whale swimming in a circle around the central legend of “Sewer.” (Despite the idyllic depiction on this hatchcover, Seattle Public Utilities urges waymarkers not to attempt swimming in the city sewers. You will almost certainly be disappointed.)

In October of 2017, Bobbi was able to connect with the artist who is the original designer of the Seattle Hatch Cover, Besty Best -Spadaro. Her unique art can be viewed here: Betsy Best 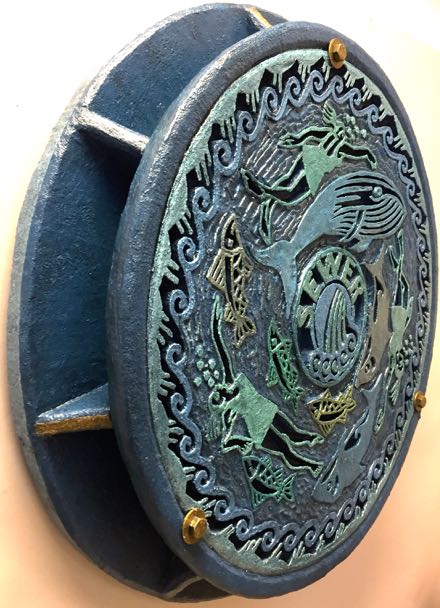